entries are sorted by newest at top, and archived months are linked here:

so a few weeks ago my bad eating and calories counting habits finally finally took a rest; i still am not eating like i did before but idk i am feeling better and it wasn't on my mind as much. then stupidly, so stupidly, i weighed myself and discovered i lost another one and a half pounds over the few weeks i wasn't even trying. which most people would be like hell yeah!!! but i am not feeling very hell yeah and i cant pin why. and ever since then i have suddenly felt not cute. absolutely no logical reason in sight for me to feel this way.

when i was younger and my brother was in high school, he used to retract to his bedroom and not speak much, and i only got to see him when my mom had my siblings (we have different dads lol). so all that i knew about him (or my sisters) was what my mom and grandma said about him. and most of the time they spoke about him, they spoke about his choice of clothes, music, girlfriend, and at one point his self harm habits. and it gave me 1) an extremely skewed and incorrect view of my brother, and 2) gave me the wrong idea about what self harm means. for years and years i thought it was visible cutting or using tools to hurt yourself superficially. i thought you could always tell when someone was hurting themselves. that is wrong lol.

the blind spot this caused for me meant that all my life, as long as i can remember, whenever i scratched and hit myself where no one saw, that i wasn't harming myself, i was just mad or whatever. i would claw my nails into my skin or ball up my fist and hit my own stomach or interlock my fingers right into the roots of my hair and tug. i wasn't using a razer or anything, so i was like, this is just what mad looks like on me. those habits subsided as a grew older and learned to express myself in better ways.

but recently, like in the past week, i have felt the urges to hurt myself again. and i'm not even mad at something. i just feel ugly and over stimulated by small things. i think i have body dysmorphia but i really don't want to self diagnose myself idk why. but i think i do because when that urge starts to ramp up, i especially don't feel like myself when i compare that feeling to how i actually look in the mirror. i feel like i weigh a hundred more pounds, like i'm spilling out of my clothes, i feel like my hair is greasy and unkempt. but i look at myself for real and none of that is true. but if i look too long, the feeling wins over what my eyes see lol. ah i can't explain it perfectly.

and i have a halloween party coming up, so i want to feel cute. maybe the stress about looking cute for the party is not helping lol. but i know myself and it's very hard for me to socialize and have a good time if i'm stuck in my head about how i feel about my body. my social battery depletes prematurely and for the rest of the night every single person will have asked me twice if i'm ok and i will tell them that i am. maybe i'll do a shot or sip my drink each time and see if that helps.

one small note i will write, mostly for myself if i re-read this: i am experiencing a category 5 mittelschmerz event so my hormones may be affecting me more than usual. i usually enjoy ovulating; i'll watch venom 1 and 2 and be cured lmao, but apparently not this time haha

cant stop thinking about a tweet that i saw on tumblr 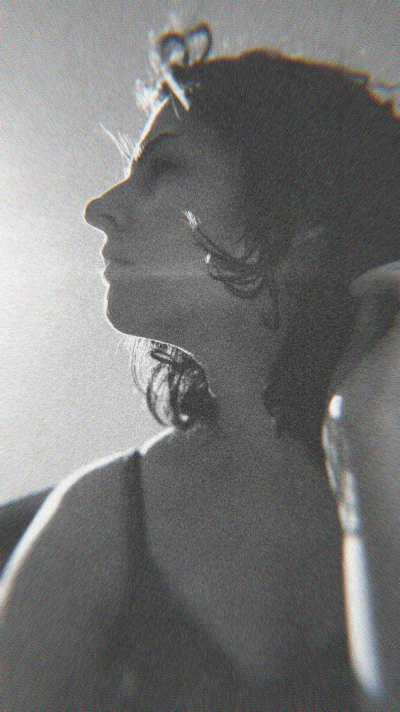 firstly yes i am on tumblr secondly no i dont want to link it lol and conversely my website is not linked on my blog. anyways i saw this screenshot of a tweet on tumblr (here) that is by twitter user @i_zzzzzz and says they invented a new lifestyle philosophy called the nine delights where you try to experience 3 of the 9 delights each day. they then reply and show a list of the nine delights:
♡ walking around
♡ fellowship
♡ deliciousness
♡ transendence
♡ goofing
♡ amelioration
♡ coitus
♡ enthrallment
♡ wildcard

obviously this drew me in because firstly it made me tilt my head and side smile with the thought of quantifying how often you experience pleasure in a day, but also because i love the categories and the word "delights" haha. i'm a simple woman i love a good vocab word. we need to use delight more often. but ever since i saw it i couldnt get it out of my head. now almost any time one of these nine delights happens i think about this little list that this person i don't know put together. i need to know how they came up with it like so bad lol.

i went to the ohio renaissance faire on sunday and obviously had a good time. even tho we were a little more broke than normal, we still had fun lol. but the whole time i had this list in the back of my head. there's obviously lots of walking; we went with my brother and his roommates so there was fellowship, also people love to interact with other strangers at ren faire so there's another aspect of fellowship; do i even have to explain deliciousness? we obviously had a turkey leg lol; transendence is a bit harder to pin but making direct eye contact with someone who was cosplaying geralt from the witcher and them smiling back at me uhhh definitely produced some kind of out of world feeling; again i don't think i have to explain goofing, to have fun at ren faire you have to goof; amelioration probably didn't occur tbh; coitus also didn't happen lmaooo, and i worked really hard on my makeup and my family's outfits so that was my enthrallment. wildcard would be seeing the hell is real sign of course. (if you know you know).

so yeah, this past week has been a nice long sigh for me. on monday my phone died and i literally haven't charged it since. i will charge it today but it's been surprisingly normal-feeling to not have it on me for more than 48 hours. it reminds me of the summer we didn't have internet (extremely highly unusual for my family) and my day didn't really change that much. that was also the first summer since my then-husband and i started dating so i didn't want to be in the house anyways but still lol. it turns out when you put turn off your phone or internet or whatever, nothing happens.