entries are sorted by oldest at bottom

my dad has a board on his pinterest dedicated to the number 3, i have never understood why but also i feel like i get it lol. back when everyone in my family kept up with their pinterest, i was most fascinated by my dad's 3 pinterest board. i want to use that dedicated nonsense-to-them-but-meaningful-to-me as inspiration for new pages. i already have one in mind i have been working on!

another thing i have been working on is shrine pages, i have a huge list of ideas but have not started a single one. i'm thinking about doing the easy ones first and the ones where i'll need to do more research for later. i really don't want to burn myself out building my website lol. i have a list of fictional things i want to make shrines for, and a list of real things i want to make shrines for. the easier ones will be the fictional ones; i don't plan on putting a lot of technical canonical useful information on those pages haha.

buuuut anyways i think im going to just upload an observation vlog, update my now section on the index, and leave this lil update here for now! 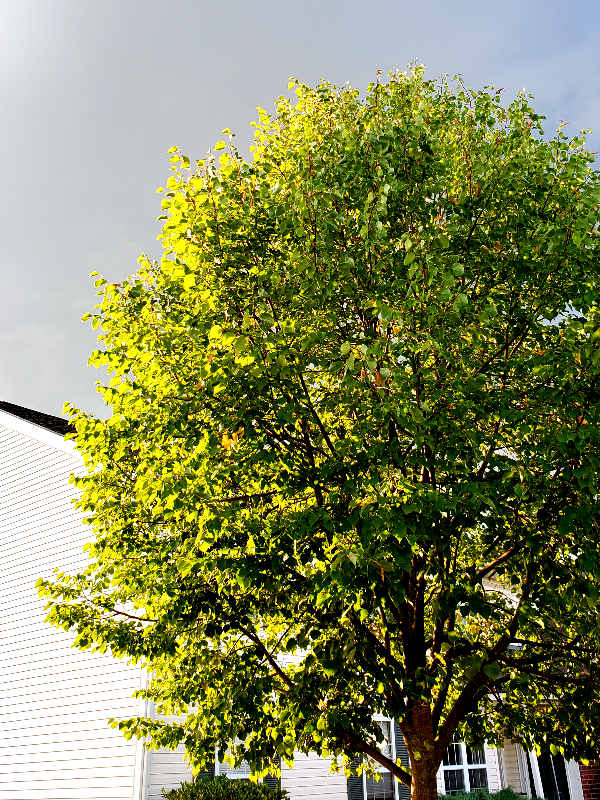 have you ever picked up a hobby that you put down years ago... and you were suddenly better at it? no practice, just time?? this has happened a couple times with me. i noticed it quite a bit when i went through my scratch phase a few months ago. (scratch is a drag and drop programming tool designed for kids). when i started making lil games again, i was way more ambitous, used literaly ten times more assets, and utilized so much god damn math. i would show you my game but my scratch profile has my name on it lmao. let me clarify, i put it down for yeaarrss. like, almost eight years. and i picked it back up to play with the web version and just got sucked back into it, apparently more profficient than ever before.

ok so bear with me, i haven't blogged in a while and i have a little list of topics i wanna cover here... *flips through notes* ah yes, a little scribble here i wrote: "how my brother's neighbors liked my music". i'll explain, when i went to my brother's house for his birthday party, i was granted the task of being on aux. i played my usual aux stuff and threw in some of his old favorite songs; our sister laughed when i said outloud "i only know the music you used to like" lol. later, when my brother's friend went outside, the neighbors told him that every song that had been played was a banger. i thought that was funny.

ok last note here, i read somewhere the other day that a good tip for getting housework done is putting on shoes in your house then doing it. this has not worked for me. and i think i finally figured out how i could be more productive keeping house, but it's literally impossible. if i could go into an outside pov mode like you might have the option to in a video game, then i could get stuff done. if i could watch the back of my head while i walked around and cleaned and whatever, then i would be able to keep up all the time. do you see why it's impossible? they should invent real life 3rd person pov. 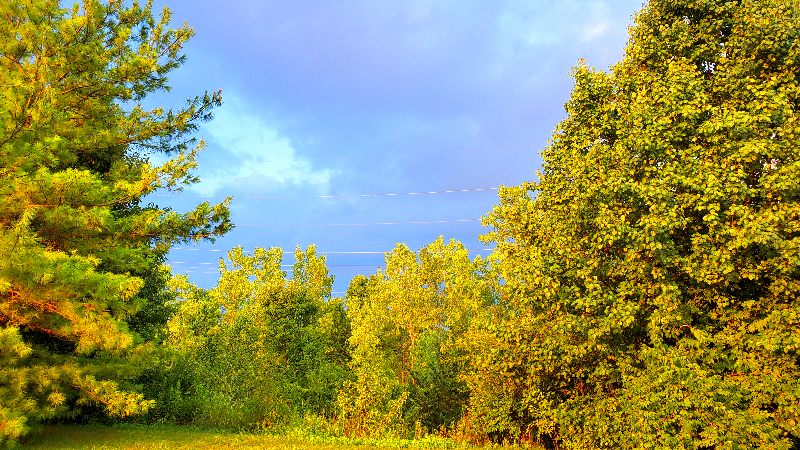 my reality is, every now and again i come up with a new reason i'm not always productive. my last one i thought of was that i don't have enough tote bags. i have a couple, but they are ripped or too small. if i had a wide variety, i could truly declutter more often, and use them at the grocery store, where i would then have to put the groceries away right away so i could get my tote bags back so i can use them again for my next inevitable task.

the pictures i included are trees that were glowing (two seperate occasions) when the sky was cloudy. i love when that happens

sumthin my daughter asked me

"mommy, should i have a baby?" "only when you're much older and you know you really want a baby, sure." "what if i have a baby and don't want one?" "there are options." "did you think about those options when you had me?" "i chose to have you." "you chose to have an annoying little girl?" "you're not annoying and i knew what having a baby might involve when i chose to have you." "well i don't think that was the best choice." *she then scooters away, satisfied with herself*